“[Anchors] are a three-legged animal . . . it’s their communication skills which is the performance art and then it’s their journalistic skills which is their credibility and then there’s this intangible of, like, personality or something that they represent to people which is . . . a subconscious thing for the audience.”
—Producer Jim Murphy

After regularly anchoring the Saturday Evening News and the Sunday Night News  in the 1970s, Dan Rather replaced Walter Cronkite in 1981 as the anchor of the most successful and highly regarded evening news in America. He was not only the anchor but also the managing editor of CBS Evening News for twenty-four years, the longest tenure in television history. During that time, broadcast television news underwent drastic changes, including heightened competition, a sharp decline in ratings, and a move toward "soft news" as the networks dealt with the impacts of the corporatization of the news.

As the anchor and managing editor of the CBS Evening News, Rather was not only the face of CBS, but he also stood for quality and reliable television news. He was repeatedly voted best anchor and was regarded, in 1984, as one of the most influential men in America. During shattering events such as the assassination attempt on President Reagan, the Challenger space shuttle disaster, and 9/11, Rather delivered critically acclaimed hours-long coverage, bringing clarity and a sense of calm in times of confusion and uncertainty. 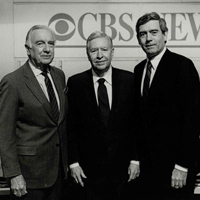 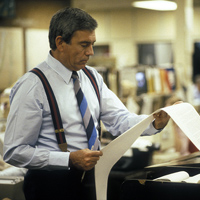 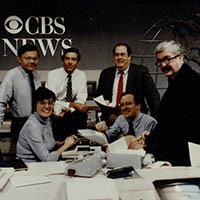 Changes in the role of anchors 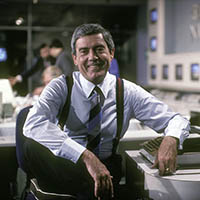 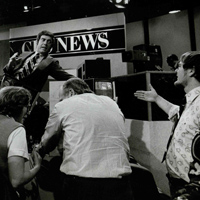