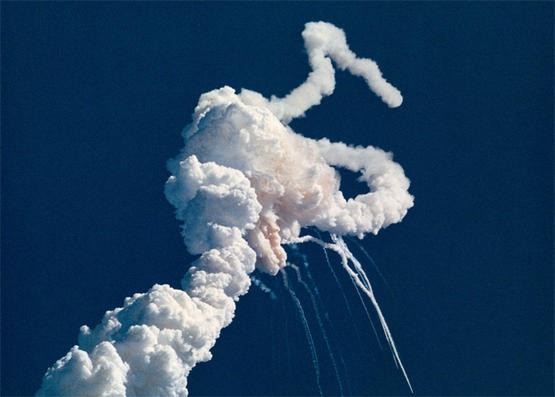 Picture of the Challenger disaster. Courtesy of NASA.

January 28, 1986, marked the twenty-fifth launch of an American space shuttle, a reusable manned spacecraft first unveiled by the National Aeronautics and Space Administration (NASA) in 1976. It turned out to be a tragic day, as a faulty O-ring led to the explosion of the shuttle, killing its seven passengers: Francis R. Scobee, Michael J. Smith, Ronald McNair, Ellison Onizuka, Judith Resnik, Gregory Jarvis, and Christa McAuliffe.

The first shuttle, Columbia, was launched in 1981, propelled by two solid-rocket boosters and an external tank. It orbited around earth, took equipment into space, and carried out various scientific experiments. Challenger, NASA’s second space shuttle, completed nine voyages from 1983 to 1986. Its tenth trip, scheduled for January 22, was special: among its seven-member crew was Christa McAuliffe, a thirty-seven-year-old high school social studies instructor from New Hampshire. McAuliffe had earned a spot on the mission through NASA’s Teacher in Space Program and, after months of training, was set to become the first ordinary American citizen to travel into space. NASA had arranged for many U.S. public schools to view the launch live on NASA TV.

The flight, which had been delayed for six days due to weather and technical problems, was finally set for January 28. The morning was unusually cold, and engineers had expressed concern about certain components, particularly the O-rings that sealed the joints of the shuttle’s solid rocket boosters. The rings were not designed to fly under unusually cold conditions, like the ones that morning. These warnings were dismissed, and the launch took place at 11:39 a.m. from Kennedy Space Center at Cape Canaveral, Florida. Seventy-three seconds later, Challenger exploded. The O-rings had failed, causing a breach in the solid rocket booster and pressurized burning gas eventually reached the external fuel tank. The shuttle broke apart, killing the entire crew.

Ronald Reagan appointed a special commission to investigate the accident. The Rogers Commission concluded that NASA's organizational culture and decision-making processes had been key contributing factors to the accident, with the agency violating its own safety rules. In turmoil, NASA refrained from sending astronauts into space for more than two years, and not until September 1988 did it resume flights with the shuttle Discovery.

Space shuttle launches had become so common that the networks did not even carry them live, with the exception of CNN (then more widely referred to as the Cable News Network). John Corry in the New York Times reviewed how all television journalists covered the story, often mingling reporting and speculation regarding not only the cause of the accident but also the future of NASA. As with all major events, the networks suspended their regular programs and dropped all commercials in order to focus exclusively on the story; a switch not seen since 1981 with the attempted assassination on Ronald Reagan and the assassination of Anwar Sadat.

The coverage pattern was a familiar one: first initial shock and confusion, followed by replay of the event until it “penetrates the national consciousness,” then “reaches a point of diminished returns.” Other footage included shots of observers at Cape Canaveral, including the parents of Christa McAuliffe, and shots of classrooms across the country, including McAuliffe’s school in Concord, New Hampshire. Networks reached out to the families of the deceased and interviewed former astronauts and experts who could only conjecture. They carried live NASA’s associate administrator Jesse W. Moore’s press conference and President Reagan’s remarks.

Broadcasting detailed how, “once again, television has served to unite the country in a time of tragedy,” and Tom Shales reminded readers in the Washington Post that, during such crises, anchors “aren’t just there to impart or repeat information; they become in a sense, national hand holders, figures of supportive strength.” He was especially complimentary of Dan Rather, who had covered other launches previously and logged over five hours of continuous coverage that day. He described Rather as “achieving the kind of common-man eloquence that makes him not only a valued source of information at a time like this, but a valued companion, someone of authority, yet camaraderie.” 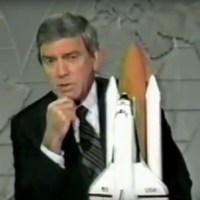 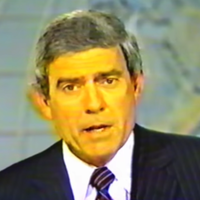 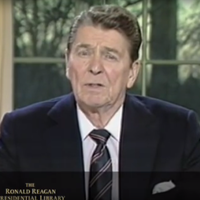 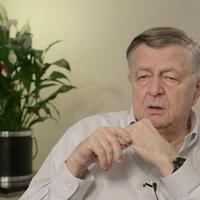 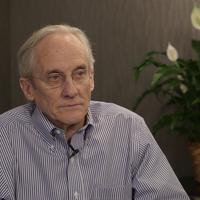