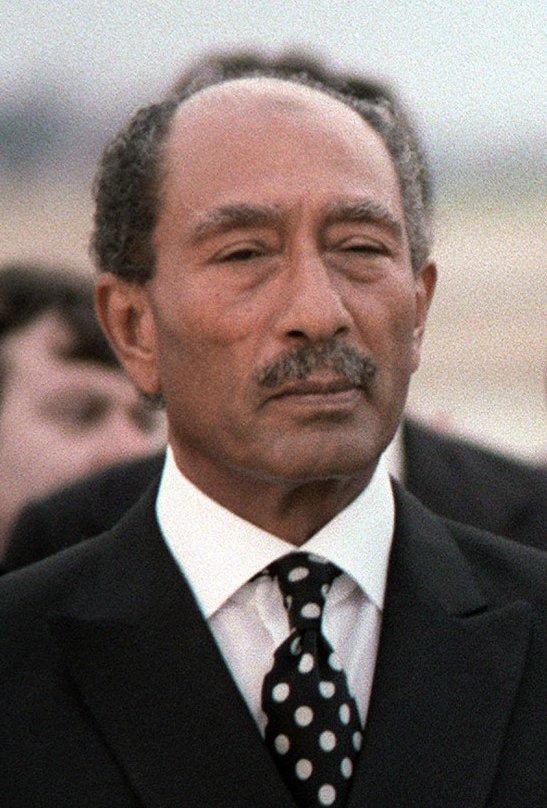 President Anwar Sadat of Egypt upon his arrival in the United States for a visit. Photograph taken at Andrews Air Force Base, January 1, 1980.

Often described as the architect of the peace treaty between his country and Israel, Egypt's President Anwar Sadat was assassinated on October 6, 1981, by members of the Egyptian Islamic Jihad during the annual victory parade in Cairo.

Sadat became the third president of Egypt in 1970, after serving as vice president for President Gamal Abdel Nasser. The Egyptian army’s victory in the 1973 Yom Kippur War gave him the prestige to initiate major policy changes, from departing from Nasserism and launching the Infitah economic policy that encouraged private investments to reinstituting a multiparty system. Sadat stunned the Arab world when he visited Israel in 1977 to meet with Israel's then prime minister Menachem Begin and spoke before the Knesset (Parliament). The Egyptian president continued to pursue peace, and he engaged in negotiations with Israel. These culminated in the Egypt-Israel Peace Treaty, signed in Washington, D.C., on March 26, 1979, following the 1978 Camp David Accords.

Sadat and Begin were jointly awarded the 1978 Nobel Peace Prize for their efforts. The treaty, however, was rejected by many in the Arab world, including the Muslim Brotherhood in Egypt, which felt that the president had abandoned efforts to ensure a Palestinian state. Sadat’s refusal to consult with other Arab nations before making a separate peace with Israel resulted in Egypt being suspended from the Arab League from 1979 to 1989. Tensions increased within Egypt as Islamists called for an overthrow of the president, and the country was marked by riots. Sadat ordered a major crackdown on opposition leaders after a failed military coup in June 1981.

Egyptian and world dignitaries gathered in Cairo to commemorate the eighth anniversary of Egypt's crossing of the Suez Canal on October 6, 1981. As everyone was distracted by Egyptian Air Force Mirage jets flying overhead, an assassination squad got out of one of the troop trucks parading by and started shooting. Although he was protected by four layers of security and eight bodyguards, Sadat was killed. Ten other attendees died, and twenty-eight were wounded. The Egyptian president was buried in the Unknown Soldier Memorial in Cairo, and world leaders attended the funeral. The United States, which had actively worked with Sadat on a peace project for the Middle East, was represented by President Reagan, as well as former presidents Jimmy Carter, Gerald R. Ford, and Richard M. Nixon.

With individual reports starting at 4:30 a.m., followed by live, continuous coverage starting at 7 a.m., television networks became "Crisis Television,” in the words of Tom Shales in the Washington Post. For the third time in just seven months “once more, live, global, reality television unified the nation in nightmare.” The Egyptian government first closed the airport and embargoed all satellite transmissions of the shooting until an official announcement was made. U.S. networks first aired audiotapes of the shooting. Once again, as Broadcasting pointed, television and radio were the “sole sources of public information throughout the critical period starting moments after the shooting.” Later that morning, all three network broadcast color images that ABC cameraman Fabrice Moussos had shot on the scene. CBS also first carried an audio report from Cairo from Mitchell Krauss, a CBS News correspondent who sustained a minor shrapnel wound. Once in Rome, Krauss filed another report with images filmed by CBS cameraman David Jeffrey. The networks all brought in numerous experts to comment on the situation. CBS also aired interviews with former president Carter and with former secretary of state Henry Kissinger, and all the networks lined up their "experts."

The scenes of the shooting and its aftermath were played and analyzed repeatedly throughout the day. With the mistakes made after Reagan’s assassination attempt still present in everybody's minds, networks were careful not to prematurely announce the safety or the death of Sadat and waited until the official announcement. This despite the fact that CBS Cairo reporter Scotti Williston had announced the death of President Sadat at 7:25 a.m. from sources she believed to be true. Confusion still reigned, however. News from Cairo stated that Sadat’s wounds were not threatening, and Vice President George Bush instructed Senate Majority Leader Howard Baker to announce Sadat’s death on the Senate floor before official confirmation came out of Cairo. At 1:50 p.m. ET, CBS aired a live translation of Egyptian Vice President Hosni Mubarak’s official announcement of Sadat’s death. Ron Alridge in the Chicago Tribune praise the work of CBS Cairo reporter Scotti Williston, the first to announce Sadat’s death at 7:25 a.m. and the one who provided the most up-to-the-minute information by phone from Cairo. While Alridge concluded that CBS was best in the “solid, restrained coverage of the shooting,” he also stated that all three networks had reached parity and were equality good in such a crisis situation.

Two days later, Walter Cronkite traveled to Cairo, where he interviewed Egypt's next president, Hosni Mubarak. He reported live on the funeral of Anwar Sadat, later summarized by Dan Rather. 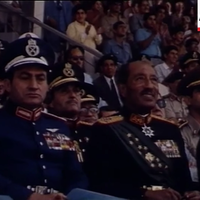 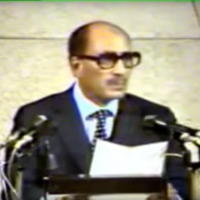 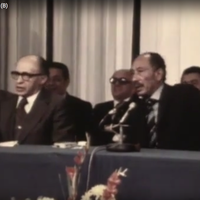 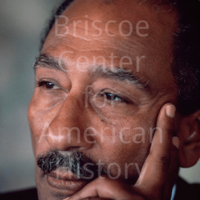 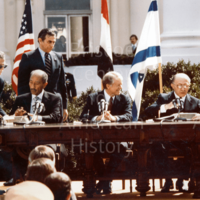 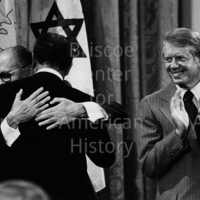 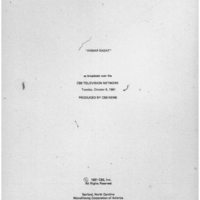 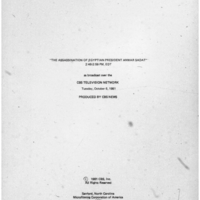 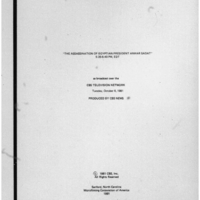 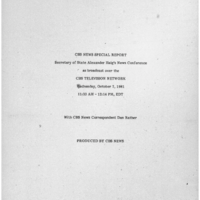 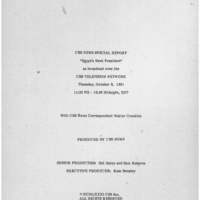 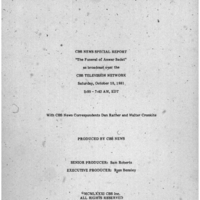 Document - "The Funeral of Anwar Sadat" 5:00 am, Transcript 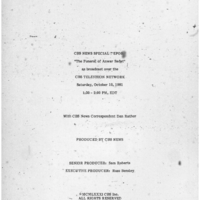