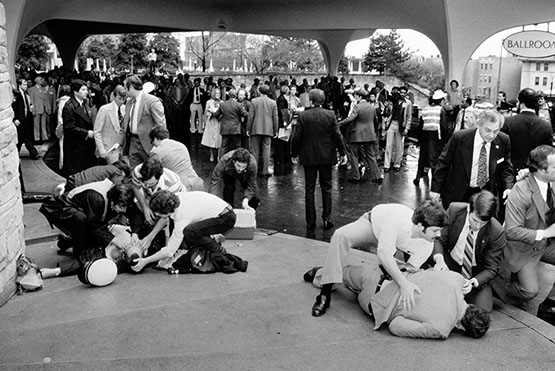 In an attempt to impress the actress Jodie Foster, with whom he was obsessed after seeing the movie Taxi Driver, the mentally ill John Hinckley Jr. shot six rounds of a Röhm RG-14 .22 long rifle blue steel revolver at President Ronald Reagan on March 30, 1981.

Luckily there were no immediate fatalities, but several were wounded: White House Press Secretary James Brady was shot in the head and remained paralyzed, District of Columbia police officer Thomas Delahanty was hit in the back of his neck, and Secret Service agent Timothy McCarthy took a bullet in the stomach. The sixth bullet ricocheted off the armored side of the limousine and hit the president in his left underarm, grazing a rib and lodging in his lung, stopping nearly 1 inch (25mm) from his heart. Reagan had a punctured lung and heavy internal bleeding, but quick medical attention at the George Washington University Hospital prevented the worst. Reagan left the hospital after two weeks.

Meanwhile, things were confusing on a political level. Vice President George Bush was over Texas on Air Force One and Secretary of State Alexander Haig, in a effort to show that the government was still functioning and “someone” was in charge, declared in a press conference that he was "as of now, in control here.” Although he was talking about the executive branch, some interpreted his statement as meaning a transition of power. Vice President Bush later made a television address in which he stated, “I can reassure this nation and a watching world that the American government is functioning fully and effectively. We've had full and complete communications throughout the day.”

All three major networks (ABC, CBS, NBC) were present at the time of the shooting, and they interrupted their normal programing to provide nonstop coverage for the next few hours. In the chaos following the shooting, networks were trying to sort through rumors and misinformation. Early reports that the president had not been hit and that James Brady had been killed, for example, were later retracted. This was all part of the regular, messy, news gathering business, except that this time it happened live on television. Howard Rosenberg in the Los Angeles Times praised Marvin Kalb and Roger Mudd on NBC, as well as Dan Rather on CBS for the "fine, unemotional jobs of reporting the facts (sometimes erroneous) as they were relayed to them." Rosenberg pointed to 'Rather's restraint and his repeated pointing out that Hinckley was merely the man suspected of the shooting," and John J. Connor in the New York Times described Rather as "successfully low-keyed and comforting as new leader of the CBS team," and that CBS offered "the sturdiest electronic journalism" of the three major networks.

The event shocked the nation, bringing back memories of the assassination of President Kennedy, and it triggered a national conversation about gun rights. A few months later, on May 13, 1981, Pope John Paul II was the target of an assassination attempt in St. Peter's Square at Vatican City. 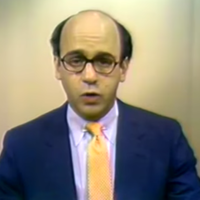 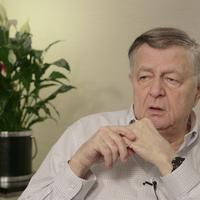 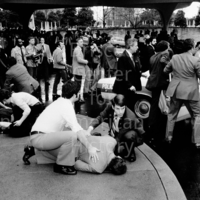 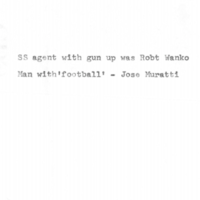 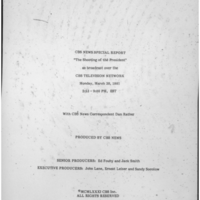 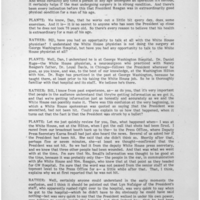 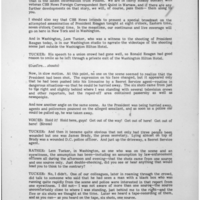