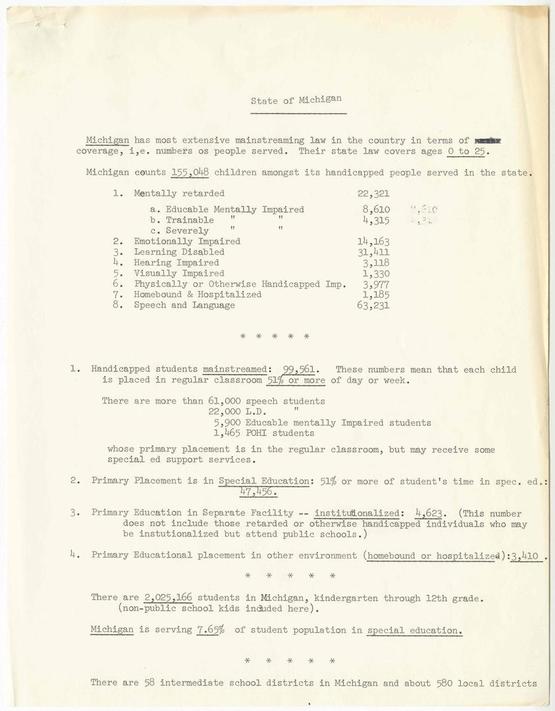 In 1979, Dan Rather took a look at the mainstreaming of disabled children in Michigan public schools.

The story was inspired by the 1975 federal law, Public Law 92-142, dubbed the “Education for All Handicapped Children Act.” The law sat forth comprehensive educational rights for the nation’s 5 million children, requiring a free education for all handicapped persons up to 21 years of age in exchange for federal funds. While many considered it a good law, with handicapped children getting needed attention, concerns were soon voiced, especially regarding the direct cost to taxpayers and the possible loss of funding for existing programs that were not able to provide accommodation. Producer Phil Scheffler decided to focus on the state of Michigan, where, like other states, including California, more comprehensive laws were passed, requiring, for example, the mainstreaming of the children in public schools.

Families and educators on both sides of the debate were interviewed in an effort to present an objective picture. The letters received by CBS, however, were highly critical of the show, accusing it of equating mainstreaming with the “dumping” of children.