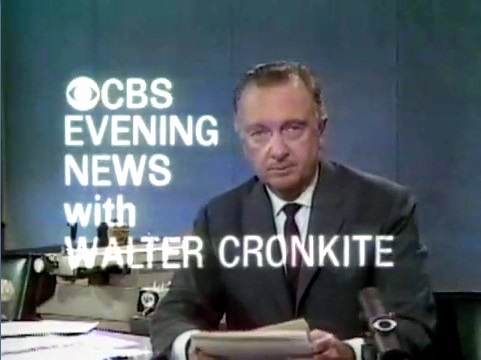 Still image of the CBS Evening News with Walter Cronkite, 1968. Retrieved from http://logos.wikia.com/wiki/CBS_Evening_News on March 13, 2017.

CBS television news started in 1948 with a weekly fifteen-minute newscast entitled CBS Television News with Douglas Edwards at a time when only 9 percent of American households owned a television set. Edwards already had ten years of radio broadcast experience when he joined CBS in 1942 and soon after covered World War II in London with Edward R. Murrow. With Murrow and historian Quincy Howe, he anchored the first gavel-to-gavel coverage of political conventions for CBS-TV. They reported from all three Democratic, Republican, and Progressive party conventions in Philadelphia in 1948. CBS president Frank Stanton asked Edwards soon after to become the presenter of CBS's first nightly news program called CBS Television News. The term anchor is often credited to producer Don Hewitt, who used it first in 1952 to describe Cronkite's role during the conventions.

In his fourteen-year tenure as anchor of the CBS News, Edwards interviewed many personalities including Winston Churchill, Eleanor Roosevelt, and John F. Kennedy. He also covered the attempted assassination of Harry S. Truman in November 1950, the coronation of Elizabeth II in June 1953, the sinking of the ocean liner Andrea Doria off the coast of Nantucket in 1954, and the Miss America Pageant. Edwards was one of the first television reporters to work on location. He provided, for example, an on-the-scene report when Puerto Rican nationalists shot five congressmen in the House of Representatives in 1954 and an exclusive eyewitness account of the sinking of the Italian liner Andrea Doria in 1956. After Walter Cronkite succeeded him in the anchor chair, Edwards stayed with CBS until 1998, when he retired after forty-six years with the network.

In April 16, 1962, Douglas Edwards was replaced by Walter Cronkite, a former print and radio correspondent who had covered battles in North Africa and Europe during World War II and reported on the Nuremberg Trials. CBS Evening News became the first nightly half-hour news program on an American network television in September 1963. Although Chet Huntley and David Brinkley and their Huntley-Brinkley Report on NBC had more viewers at first, CBS News acquired a reputation for greater accuracy and depth in its broadcast journalism, and it eventually surpassed its competitors in 1967. For two of the most tumultuous decades in American history, Cronkite was the authoritative voice of news in America. He announced the deaths of President Kennedy, Martin Luther King Jr., and John Lennon. He stood speechless during Neil Armstrong’s first steps on the moon, traveled to Vietnam, and called the war a stalemate that could not be won. He pushed for more airtime about the Watergate scandal and reminded viewers about the Tehran hostages in 1980.

When Dan Rather was hired by the “Tiffany Network” in 1962, he joined a team of both seasoned and up-and-coming reporters that contributed to the CBS Evening News with Walter Cronkite, including Charles Collingwood, Marvin Kalb, Charles Kuralt, Roger Mudd, Harry Reasoner, Daniel Schorr, and Eric Sevareid. After Harry Reasoner left CBS in 1970, Rather anchored the CBS Sunday Night News with Dan Rather (November 1970 to July 1973, 1974–1975, and 1979–1981) and the CBS Saturday News between July 1973 and November 1976. He also regularly anchored CBS Specials, alone or together with Cronkite, including numerous panels during the Watergate scandal and the Iranian hostage crisis as well as the 1976 Bicentennial. 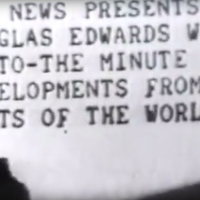 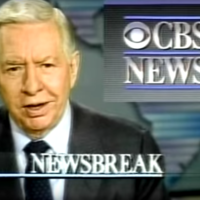 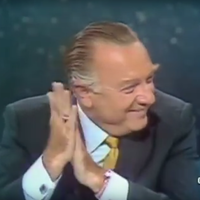 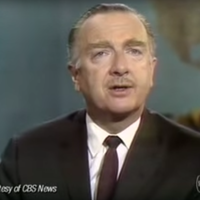 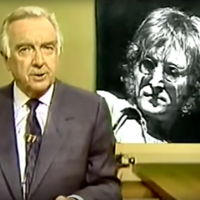 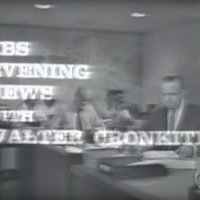 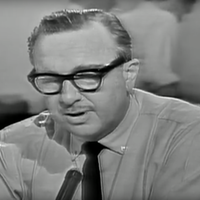 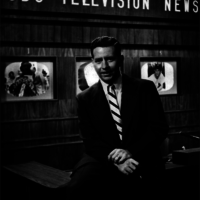 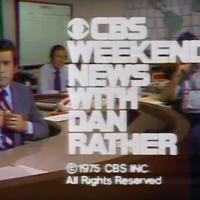 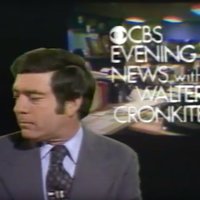 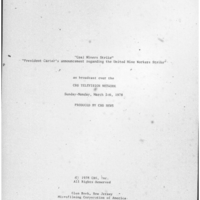 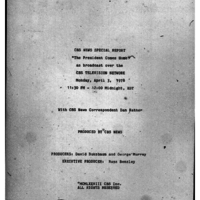 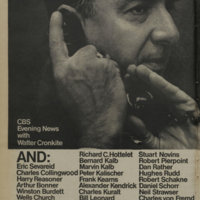 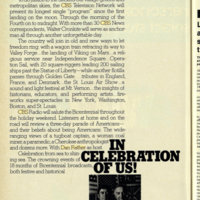 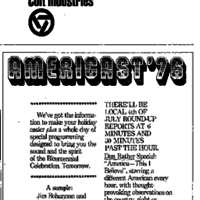 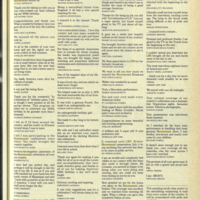