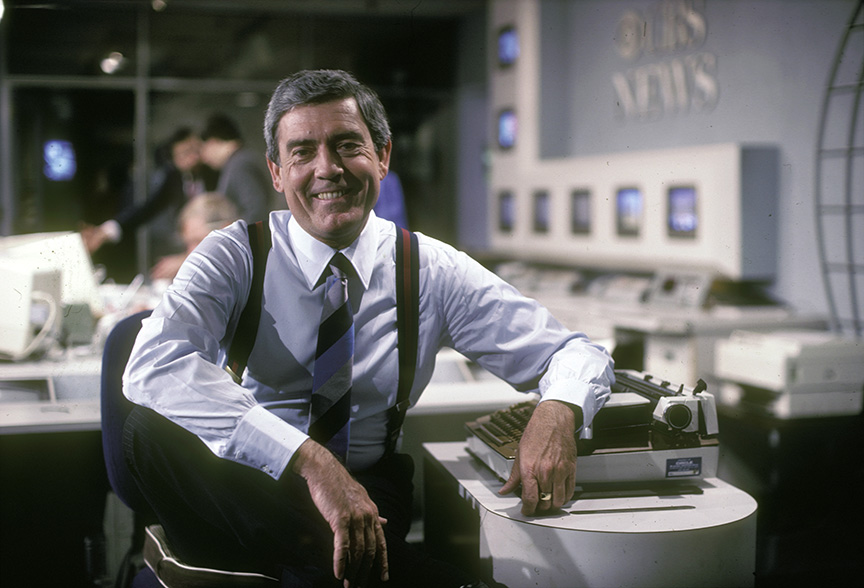 During the twenty-four years Dan Rather worked as the anchor of the CBS Evening News, the role of the anchors, as well as the discourse about and expectation of the anchors, changed dramatically. Their functions broadened as they became the faces of the networks, helping secure viewership in times of heightened competition. They also turned into cultural icons and celebrities, becoming news themselves and blurring the lines between news and entertainment.

While television news anchors were never just readers of news, the arrival of Walter Cronkite in 1962 set new standards for the position of anchor. He brought with him extensive experience as a print and radio correspondent and insisted on the title of managing editor, giving him more control over editorial decisions. Television news, which expanded from fifteen to thirty minutes that fall, achieved in 1963 a new legitimacy as a reliable and trusted source of news after the coverage of the assassination and the funeral of President Kennedy. As the face of the networks, when close to 50 percent of Americans watched the evening news on the three networks combined, the anchors and their roles came under scrutiny, as shown in a reading of the following newspaper articles.

In 1978, Fred Ferretti in the New York Times asked “When They ‘Anchor’ the TV News, What Do They Do ?” He concluded that the anchors he looked at, from Cronkite to John Chancellor and Barbara Walters, were “essentially more important as personalities that they are as professed news gatherers. They are news.” Laying out the process by which the evening news is put together, Ferretti concluded that, theoretically, anyone with television training could be the anchor, “even though the anchor people prefer to be thought of as news people, as reporters.” Ferretti noted that although most anchors emphasized their solid journalistic background, anchoring the evening news is more about "presentation than substance" and that in the end, anchors are actors.

A decade later, after Dan Rather was chosen to be Cronkite's successor, Edwin Diamond explored the role of the anchor in the New York Times in "Television's 'Great' Anchors—And What Made Them Rate.” He looked at some overall patterns in the selection of anchors, noting that most are middle-aged, mid-American, white males. Diamond listed several characteristics of a good anchor: one that writes and reports well; has broad experience, at home and abroad, covering politics and wars; is neither too young (which would be interpreted as lack of experience) nor too old; must have “certain cosmetic advantages: voice, presence, good looks, but not too good-looking"; is able to project, like any good performer; should be a company loyalist and a team player. In addition, he embodies the “serious yet not too-intrusive authoritative model” that developed in the 1960s.

Anchormen possessed or were ascribed a great deal of influence. In a 1984 survey by U.S. News & World Report  1,475 leaders in twenty-nine fields were asked to rank influential people. Dan Rather was voted number ten on the 1984 list, after nine elected or appointed office holders. He had climbed from the nineteenth position in 1982 and twelfth in 1983. John Corry in the New York Times tried to ascertain what exactly was his and the other anchors’ influence: “if they say something is important, it becomes important. If they say something is news, it becomes news.” There was a fascination about the anchors, as illustrated in a 1986 New York Times article, "The Anchors. Who They Are. What They Do. The Tests They Face.” Author Alex S. Jones argued that the three anchors had become celebrities equal to any in Hollywood as they were at the nexus of media production, being both the object and the creator of media products. Dan Rather, for example, has an agent, which insured air time. In addition to anchoring the Evening News, Rather participated in news magazines such as CBS Reports, 48 Hours, and 60 Minutes II, wrote a weekly newspaper column, and had a radio column. He also wrote numerous books. On the other hand, he gave interviews to print, radio, and television, and was regularly regularly featured on the cover of magazines. Other journalists wrote about him, and media critics and academics have used him and his career to illustrate the workings of television news industry. This expanded function was not at odd with the networks; on the other hand. It was almost encouraged. As Alex S. Jones pointed out, the demands on the anchors increased as they were asked to be “the networks’ premier journalist and principle showman, top editor and star, symbol of news excellence and the network’s most important living logo.”

As networks struggled in the 1980s for more ratings, and the revenue they generated, they turned to their “one truly recognizable and marketable product: the anchor.” This led to the “Brokaw-Jennings-Rather era,” with the press exacerbating the competition with articles like “Anchors War” and talk of “ratings race.” The three anchors were used as “viewer hook” and “deployed” in greater extend. This resulted, for example, in the phenomena of the “traveling anchor,” where the three major anchors traveled to and reported from all across the globe: a job that was previously done by correspondents. Peter Boyer in the Los Angeles Times explained the thinking behind it: “dispatching a star reporter to a hot story draws attention to a network newscast, and may even revalidate the star reporter’s journalistic credential in the eyes of the viewers.” Dispatching the anchor, however, does not necessarily make for better reporting and it “may lend that story greater weight than warranted by events.” The trend continued well into the 1990s, as documented by press articles such as “Anchors Away,” "News is Where TV Anchor is,” “On the Road with TV News,” and Thomas Rosenstiel’s investigation in 1990 of how “networks’ turmoil sends anchors on the road.”

Numerous articles criticized the very system and status of the anchormen, including the glaring absence of female anchors. They also predicted the end of the evening news as people knew it, with one major anchor, and foresaw a model with multiple anchors as done by CNN. Another worry was that too few young people were getting the "rigorous training as reporters that creates an authoritative television journalist," especially in terms of their responsibilities as reporters and in the quality of their reporting and writing skills. While the multiplication of cable news channels and the revolution brought about by the internet, network news is struggling to find a role in the media landscape and retain, as of 2017, the model of the sole anchor. They also stay in the tradition of Cronkite and Rather by emphasizing the experience and skills of their anchors. Advertisements for current anchors, such as David Muir on ABC News in 2015, showcase him in Syria, Cuba, Gaza, and Ukraine, and resemble the same types of ads for Dan Rather in the 1980s.

Despite all this focus on him as both a journalist and a celebrity, Dan Rather for his part has consistently stated that, professionally, he wanted to be seen as a “reporter with a capital R.” After leaving the anchor chair in 2005, he went back to working as a reporter for 60 Minutes. After leaving CBS, he started his own investigative news magazine, Dan Rather Reports, where he did more than 250 stories. 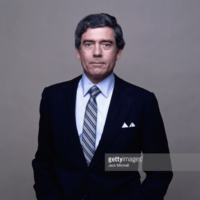 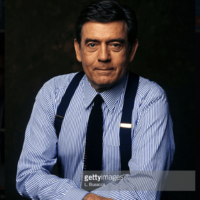 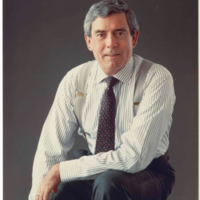