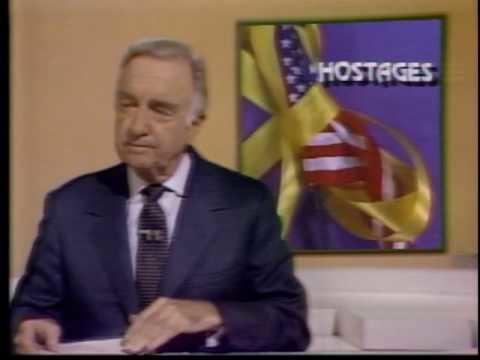 On November 4, 1979, Iranian militants stormed the United States Embassy in Tehran and took approximately seventy Americans hostage, who remained captive for 444 days until they were were liberated on January 20, 1981. This terrorist act had profound repercussions, both domestically and internationally, weakening the presidency of Jimmy Carter and emboldening the Soviet Union to expand its sphere of influence. The hostage crisis was the most dramatic event in the complex relationship between the United States and Iran, a relationship complicated by the country‘s oil reserves and the Cold War.

In 1941, Mohammed Reza Pahlavi, shah of Iran, succeeded his father, Reza Khan, to the throne, and in 1951, a prime minister, Mohammad Mosaddegh, was democratically elected. He led a general strike on behalf of impoverished Iranians, demanded a share of the nation’s petroleum revenue from Britain’s Anglo-Iranian Oil Company (today BP), and nationalized Iran's petroleum industry and oil reserves. In 1953, British and U.S Intelligence agencies (MI6 and the CIA) ousted Mossadegh during Operation Ajax, which helped consolidate the shah’s power and prevented the completed nationalization of Iran's oil industry. In return for assuring the United States a steady supply of oil, the shah received economic and military aid from eight American presidents.

The shah's regime became increasingly oppressive and brutal, especially its secret police, the SAVAK, and refused to grant political freedom. The shah implemented numerous social and economic reforms, a White Revolution as he called it, but it was seen by many as forced westernization and secularization of Iran, at a time when the country was experiencing an Islamic revival. In 1963, riots were brutally suppressed and many were arrested and exiled, including the Ayatollah Ruhollah Khomeini, a popular religious nationalist and bitter foe of the United States. After fifteen years in exile, Khomeini returned to Iran in early 1979 in the wake of the Iranian Islamic Revolution, which led to the collapse of the shah’s regime, with the latter fleeing the country, never to return. Khomeini then turned popular discontent into rabid anti-Americanism as a way of consolidating his power and influence.

When the shah came to America for cancer treatment in October 1979, Iranians interpreted the decision to grant him asylum as American complicity with the atrocities he was accused of. The ayatollah incited Iranian militants to attack the United States, and, on November 4, the American Embassy in Tehran was overrun by students who took its sixty-six employees captive. The students vowed not to release the Americans until the United States returned the shah for trial, along with billions of dollars they claimed he had stolen from the Iranian people. They eventually released fourteen hostages—women, African Americans, citizens from non-U.S. countries, and one hostage who had health problems. However, fifty-two hostages remained in Iran for 444 days, under harsh conditions.

The crisis created a surge of patriotism in the United States, and the country rallied around the president, who made the release of the hostages a priority. As the crisis continued, with no resolution in sight, Carter’s presidency was weakened. Hostages were paraded in front of television cameras for the world to see, and diplomatic efforts, including the embargo of Iranian oil and the freezing of assets, had no immediate impact. Frustrated by the lack of progress, President Carter authorized on April 11, 1980, a risky rescue mission, Operation Eagle Claw, that was aborted when a desert sandstorm caused several helicopters to malfunction and an helicopter veered into a transport plane, killing eight American servicemen.

On a global level, the Soviet Union took advantage of America’s perceived weakness to advance its own position. In 1979, Soviet-backed Marxist rebels made strong gains in Ethiopia, Angola, and Mozambique. Vietnam fought a successful border war with China and took over Cambodia from the murderous Khmer Rouge, and, in late 1979, the Soviet Union invaded Afghanistan to support its weakened Marxist government. The Iran hostage crisis also had an enormous impact on the 1980 election, arguably contributing to the Republican candidate Ronald Reagan's victory as many people felt Carter had not been tough enough. President Carter’s constant efforts to bring Americans back home kept him off the campaign trail, and Reagan defeated the sitting president in a landslide.

Negotiations continued up until the last days of Carter’s presidency, and the hostages were released on January 20, 1981. They were put on a plane in Tehran as Ronald Reagan delivered his inaugural address. The networks managed to cover both simultaneously, thanks to new satellite technology. It took a few days before the hostages could be reunited with their families, as they first flew to Algeria, then continued to West Germany, where they were met by President Carter. They made their way to Stewart International Airport in New York on January 25 before being bused to the U.S. Military Academy at West Point. On January 27, they paraded down Washington's Pennsylvania Avenue in a triumphal motorcade to the White House.

Historian Gaddis Smith recalls how "the crisis absorbed more concentrated effort by American officials and had more extensive coverage on television and in the press than any other event since World War II." Unlike similar events, such as the seizure of the USS Pueblo on January 23, 1968, and the imprisonment of its crew of eighty-two, the Iran hostage crisis dominated television news for its entire duration of 444 days.

All three major networks competed to get news and information, sometimes facing the risk of influencing events as they tried to report about them. ABC took the lead on the story with a special entitled "America Held Hostage" on November 8, 1979, with Ted Koppel, who covered the State Department. Roone Arledge, the network’s president, turned this one-time program into a permanent program, Nightline, which provided daily coverage, with numerous interviews, including one with family members of the hostages and the Iranian chargé in Washington. NBC was later criticized for the compromises it made to get an interview with hostages, agreeing to the conditions set by the Iranians.

60 Minutes' Mike Wallace became the first Western reporter to interview Iran's Ayatollah Khomeini in 1979, and CBS’s anchor Walter Cronkite added to his famous signoff “and that’s the way it is” a count of the days that the fifty-two hostages remained in captivity, a gesture that was itself problematic for some. He happily changed to “Day 1 of Freedom” when the hostages were freed in 1981. CBS produced several specials during the crisis, including "The Hostages' Second Christmas," and "The Hostages: Day 440 . . . And Still Counting," many anchored by Dan Rather, who had been designated new CBS News anchor.

The continuing coverage first helped the Carter administration, enabling it to explain to viewers the action they were taking to resolve the crisis, and the president’s approval rating surged from 30 to 61 percent. As rescue efforts failed and the first weeks of captivity turned into months, the incessant coverage was seen by some as hindering the negotiations. White House officials, for example, found evidence that Iranian demonstrators were acting for the cameras.

Looking back at the whole crisis, the Columbia Journalism Review criticized the press for "going to war with Islam" and conflating these terrorist acts with an entire religion; unfortunately, this was not the last time the press and the public would be guilty of such a thing. 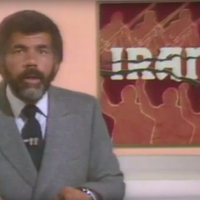 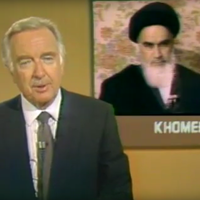 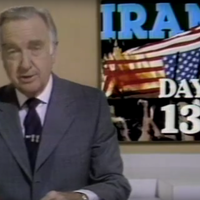 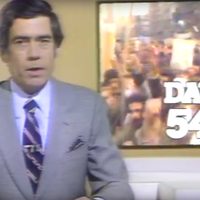 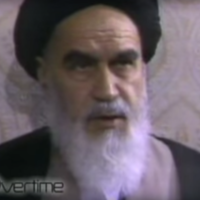 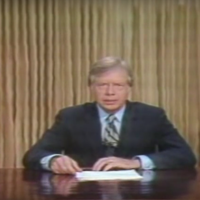 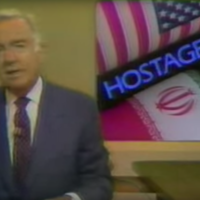 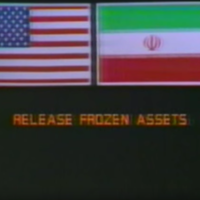 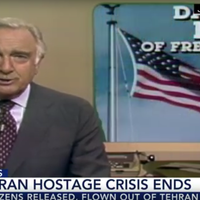 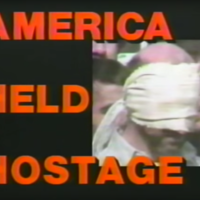 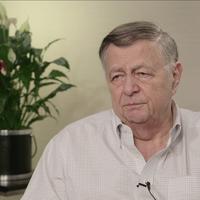 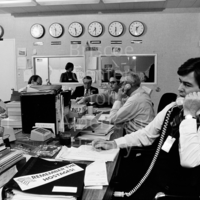 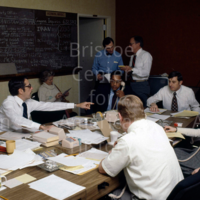 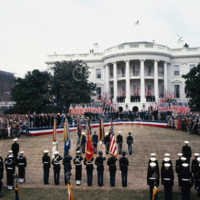 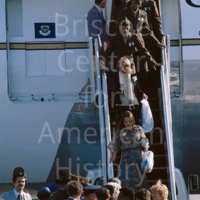 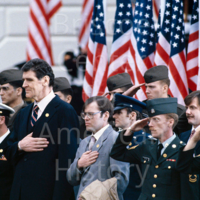 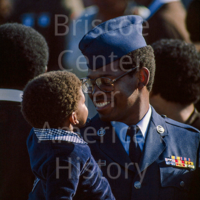 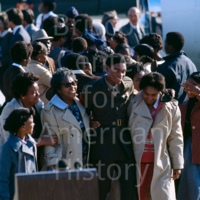 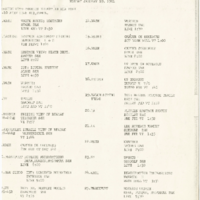 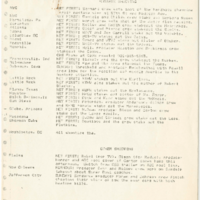